Below are some of the frequently asked questions we get regularly.

What is health care reform?

The term “health care reform” refers to the Affordable Care Act — the federal law that was passed in March 2010 – as well as any state laws passed to put it in place. These laws are intended to help more people get affordable health care coverage and receive better medical care.

What do I need to do now?

You don’t really need to do anything right now, but you may need to take action in fall of 2013. Until the Health Insurance Marketplaces open in October, you may want to learn all you can about health care and reform, and how it might affect your health coverage.

What are the Health Insurance Marketplaces?

Marketplace, sometimes called “Exchange” which has been named CoveredCA for California, will be a state- or federal- run website where many people can buy health care coverage. It will be available to people who are uninsured or buy insurance on their own. They will be able to compare and choose health plans offered by private companies, get answers to questions, and find out if they are eligible for financial assistance or special programs.

The Marketplaces will also operate a Small Business Health Options Program (SHOP). There, small employers can purchase a variety of plans, and then may choose to allow its employees to choose from plans it selects or from all the plans. The Marketplaces will be open in October 2013, and coverage purchased there will be effective January 1, 2014.

Do I have to buy from the Marketplace?

Who has to buy health insurance?

The Affordable Care Act requires most U.S. citizens to have a basic level of health coverage starting January 1, 2014. Some people won’t have to buy insurance. This includes people with certain religious beliefs, members of Native American tribes, undocumented immigrants, and people who are in prison. People whose income is below a certain level are also not required to buy insurance.

What if I can’t afford to buy health care coverage?

The government may provide financial assistance – called subsidies – to help some people pay for health coverage or care if they can’t afford it themselves. This is usually determined by a person’s income level and family size.

You will be able to find out if you qualify for financial assistance when the Health Insurance Marketplaces launch in October. But here are some general income guidelines that might be used by the government to see if you qualify and how much help you would receive.

What if I don’t buy health care coverage?

Can anyone get health care coverage?

Yes, anyone can get coverage. Insurance companies can no longer deny coverage to anyone who has a medical condition, and you don’t have to pass a medical exam to qualify for coverage.

What services will be covered?

In general, most medically necessary services will be covered. This includes preventive care visits, immunizations, and screenings (such as mammograms and other cancer screenings). Maternity, newborn, and pediatric care will be covered, as well as emergency and hospital care. Laboratory services, prescriptions, and mental health (including substance abuse) services will also be covered. Some large-employer plans that were in effect before the Affordable Care Act was passed in March 2010 may not be required to cover all these services.

What does a “grandfathered” plan mean?

Group health plans that were created — or an individual health insurance policy that was purchased — on or before March 23, 2010, are exempt from many changes required under the Affordable Care Act. You can find out if your insurance is grandfathered by reviewing your health plan documents. 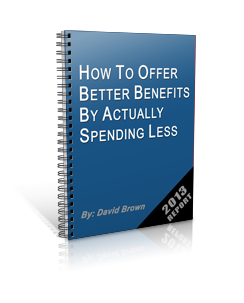